I suddenly lost everything and became a refugee.

Words from an Ethiopian refugee.
Refugees are the people who have to flee their country to protect their lives from wars and human rights violation. Before becoming a refugee, they have their home and job, everyday life with important people just like what we have. Life at the escape destination starts from regaining the “natural” things. There are refugees like this fled to here in Japan as well.

When you hear the word “refugee”, you might have a hard time relating to it. Refugees are the people who have to flee their country to protect their lives from wars and human rights violation. For Example:

I am from Aleppo. I was a teacher for many years. I have a wife and three children. During the Asad regime, he tightened his grip on the country and one day I saw a child murdered on the street. My wife and I decided to leave the country to save our children. We had no other choice and there was no time to think about our decision. We took whatever we could take and fled to the nearest country, Turkey on foot. However, my grandfather was too old for the journey so he still remains in Syria.

What is refugee crisis? 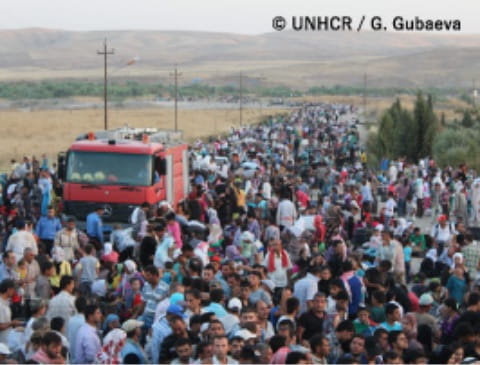 Refugee crisis is a global issue that encompasses human lives and rights, and refugees. At its core, the matter should be as simple as “saving lives” but there are various issues contributing to the refugee crisis such as political regimes, history, ethnic and religious conflicts, the North-South problem and poverty. Refugee crisis is a humanitarian issue that cannot be solved by one nation alone. United Nations and NGO/NPO talk about sharing the burden and responsibility and how we should tackle and resolve this issue as an international community.

02 What is the Status of Refugees in the World?

There are 82.4 million people who have fled their own country (Source: UNHCR Global Trends 2020). The number is climbing because of the worsening situations in Syria or South Sudan and protracted humanitarian crises. Syria, for example, has seen more than 10 years of civil war, and 6.6 million people have fled the country, which accounts for 25% of the population. Afghans who fled to Iran in the 1978 war have been refugees for more than 30 years.

Looking back at history, there are “refugees” in every era and in one form or another. However, the international community only came to recognize this issue after the World War I, when the refugee population exploded during the Russian Revolution and the collapse of the Ottoman Empire. During the World War II, the holocaust made the refugee protection all the more necessary. In 1950, after the war, United Nations High Commissioner for Refugees (UNHCR) has been established, and in 1951, UN Convention Relating to the Status of Refugees has been approved.

Measures taken and the challenges

United Nations has three principles on the refugee crisis but their limitations are also pointed out as well. The first is “Voluntary Repatriation”. However, it is not easy to get rid of the war and human rights violation completely. Furthermore, it takes a significant amount of time to restore the country’s infrastructure and functions after peace and order have been restored. The second principle is “Local Integration”. However, there is a limit to how much the surrounding countries can take in. The third one is “relocation to settle in another country” or “resettlement”. It is essential to establish international order where people do not need to flee their homes. Also, we have to change our perspective and see the refugees not as a burden but as a resource. There are various efforts to provide the refugees with the education and work opportunities so that they will be able to rebuild their lives.

There are refugees from Asia, Middle East, Africa and many other countries globally who seek refuge in Japan. In many cases, they did not specifically choose Japan and they come here, out of the limited number of countries they can go, by chance as their Japan visa got approved. For those refugees fleeing from their country of origin in fear of persecution, it is a major challenge for them to obtain a legitimate passport and in some instances, they had to pay brokers in order to obtain a “fake passport” and leave the country.

The history of refugee acceptance in Japan 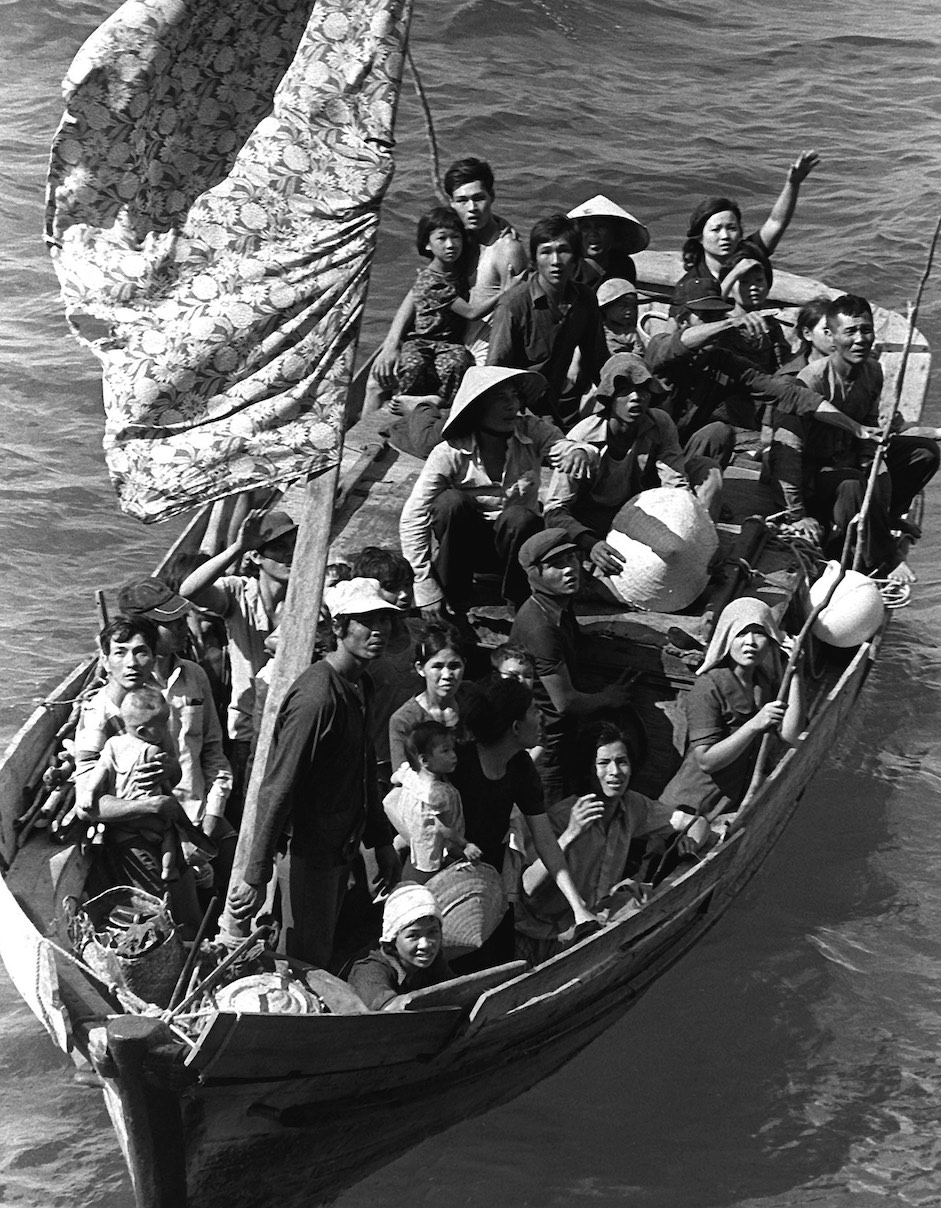 Japan has always taken a passive approach towards allowing refugees to enter their country, but there was a time when they opened up their doors to refugees. In the late 1970’s post the Vietnam War, Japan took in over 10,000 refugees widely known as the ‘Boat people’ from the 3 countries in Indochina (refugees who fled from Vietnam, Laos, and Cambodia). This opened the doors of Japan further and in 1981, Japan became an affiliate of the refugee treaty. In 2010, Japan established its Resettlement Program and started taking in refugees. There are approximately 30 refugees taken in by Japan, annually, from areas such as Refugee Camps.

Why is it so hard to obtain a refugee status in Japan?

In 2019, 10,375 applied for Refugee status. However, only 44 people were accepted. In Japan, all applications are handled by the Japan Immigration Bureau, and it can be said that they have a stronger stance on ‘controlling’ rather than protecting refugees. When compared to international standards, there is little transparency regarding the decision-making behind refugee acceptance, which also includes fairness on how they are determined. Another factor is that the refugee situation is still rarely known in Japan society. There are also misconceptions about refugees that connect them to the growing fear around public safety and the risks to society, hence making it a challenge for them to be accepted into society.

Living conditions whilst refugee status is in submission 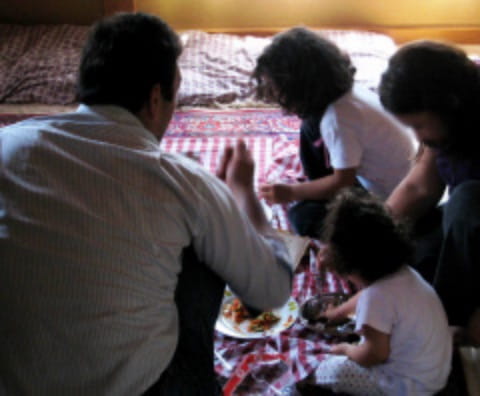 When arriving in Japan, there are refugees who become homeless, scrambling for basic daily necessities such as food, clothing and shelter. The refugee application process can take up to an average of 4 years+, and in some instances, 10 years. Whilst waiting for the results, refugees are eligible to receive support funding from the government but this can take up to several months and the amount that they will receive is 2/3 that of the social welfare fund. In usual cases, the refugee applicants will be granted status to work 8 months after they submit the application hence they can be employed whilst waiting for the application to be accepted. However, it is not easy to receive medical treatment on such a small income. Those who do not have the status of resident and are seeking refugee status may be seen as an illegal (undocumented) immigrant and they may be detained.

There are debates as to ‘Whether Japan should accept Refugees into their country’ and I would like to get your thoughts around this. Currently the number of those who qualify is very small. There are many obstacles in accepting refugees, but Japan already accepted 10,000 refugees from Indochina including their children. Most important of all, we need to look into the current problems and challenges that the refugees face and figure out how to create a better accepting environment for them.

To have a better accepting refugee environment 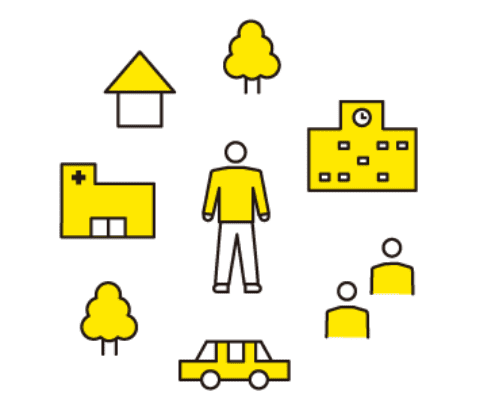 Solving the issues around refugees not only involves tackling peace in their mother country. It will take many years, even decades, to reach a ceasefire and end the war of a war-torn country. It will also take years to rebuild the country’s foundations. During this time, refugees need to survive. Refugee Camps will act as a shelter and a home for the refugees to receive the basic necessities of life but most important of all, it is critical for them to be respected and live in hope for a brighter future. They need to be connected to the society and receive education and employment. Japan is very capable of providing peace and safety as well as education and employment. In order for us to accept more refugees, not only do the refugees need to understand Japan, our language and the society, it is equally important for us to learn and understand how to change our mindset when working with refugees. We need to have a broader understanding of each of our differences and learn to accept and value them. . This will pose as a challenge for us.

“I want to live in Japan as they helped me to survive and live as I am.”/h4>

These were the words from an Ugandan refugee who has been waiting for 5 years for the results of his application in Japan. After fleeing from persecution and arriving in Japan, they face the hard reality. Refugees, who are secluded from society and facing a bleak future, there are some who lose their integrity and lose hope for a brighter future. However, there are people who are grateful to feel the freedom in Japan where they do not live in fear. The Japan Association for Refugees (JAR) hopes to provide different types of support to help each refugee arriving in Japan to become independent. JAR is built from your support and we cannot operate without you.