Ali's life after being homeless 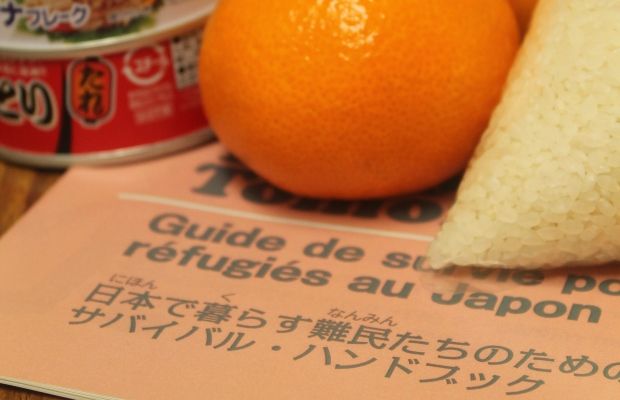 Do you remember Ali?
He is the man who fled an African nation to arrive in Japan right about this time last year. When he first came to JAR, he had very little money, and no place to sleep or go to. Our temporary shelters were fully occupied, and he had no choice but to sleep on the streets at night during the harsh winter.
He had spent the days eating meals at the JAR office and taking naps in the meeting rooms. After the JAR office closed for the day, he would walk around Shinjuku all night long to keep his body warm. While waiting for a vacancy to open up in the shelter, we supported him by offering him counseling at our office. Two weeks after he began living on the streets, Ali began revealing his inner demons. "Yesterday, I thought about jumping off the roof," he told us one day. When we asked, "This is probably the lowest point in your life, but do you think this situation will continue?" he shook his head. He somehow endured his homeless lifestyle amidst the cold weather. A few days later, when we told him he could enter the shelter, he began crying with joy. 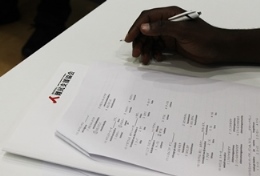 After spending the remaining winter in the shelter and surviving the winter, Ali finally obtained financial assistance from the Japanese government, and began a new life in an apartment that he found by himself. Ali, who used to be an engineer back in his native country, immediately began making inquiries about jobs once he obtained financial assistance. That's how strong his motivation is to become independent. At the recommendation of a staff member who specializes in employment support, Ali participated in JAR's job-preparation training, and studied Japanese phrases needed at work, and knowledge necessary for working in Japan, including how Japanese companies feel about work hours.

For a while, Ali had not contacted us. During that time, we believed that "no news is good news." And then one day, we received a phone call. Ali had found and landed a job on his own at a factory for an electronics maker. Thanks to his new job, he was going to cancel his financial assistance. As he told us about this great news, Ali sounded like a completely different person than the person we knew a year ago. He sounded so happy and bubbly. In just one year, Ali went from being a refugee who had lost everything and was stranded on a strange land with an unfamiliar language and culture, to an independent man with a job.

We were both impressed with Ali's strength and ability to adapt, but we were also reminded of the need for support. Even someone as strong and positive as Ali had once considered taking his own life. That's how difficult reality is for refugees who land in Japan.

This winter, many refugees are facing a crisis like Ali was last year. This morning, we saw another refugee waiting by our office door with a sleeping bag in his hand. We at JAR provide support for refugees as much as possible by providing temporary shelter and food. In addition to meeting immediate needs, we also provide counseling to bring out the best of each refugee so that they can ultimately, like Ali, live on their own.

First posted in Japanese on December 4, 2014