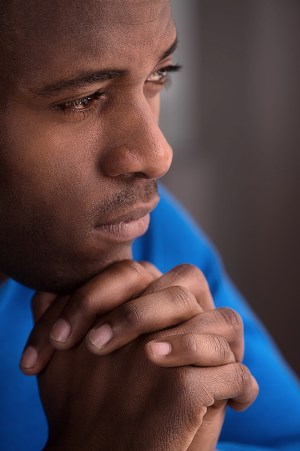 John, not his real name, worked for years as a teacher in his native country in Africa. He was also active as a supporter of the opposition party, and as violence from the ruling party's supporters escalated, he feared for his life. So he fled to Japan. He chose Japan because it was the first embassy to give him a visa. He didn't speak a word of Japanese and he had no acquaintances here. After he landed at an airport in Japan, he came out to Tokyo, and stayed in cheap lodging. The places he chose were cheap by Japanese standards but very expensive by his own standards. After running out of money within the first three days, he spent roughly a week sleeping in parks. By talking to strangers, he found out about the Japan Association for Refugees (JAR), and came to our office for the first time in August 2014. Unfortunately, our temporary shelters were fully occupied at the time, so all we could do was give him a survival handbook and emergency funding, and ask him to wait until one of the shelter rooms opened up.

For John, who enjoyed a respected status as a teacher in his home country, living in the streets was difficult. Refugees don't expect to become homeless in Japan after fleeing danger in their homelands. It's a reality that is not only physically challenging but also difficult to accept emotionally.

Despite his circumstances, he endured life on the streets, and continued visiting JAR for meals and consultations. During this time, he made a comment we will never forget.

When he fled his country, he put all his assets in a suitcase, which weighed more than 50kg. Because it was so heavy, we asked him what was inside. When he opened it, it was full of books. He said,

"I have lost a lot after becoming a refugee. But I will never lose knowledge. So no matter how heavy the books are, I don't want to let them go."

Before becoming refugees, these people lived just like us. They had their own jobs, families and careers. However, they lost a lot along the way--in exchange for securing their safety. In order to regain normalcy in their lives in the countries they have fled to, they must rebuild their lives from scratch. John's comment reflected this struggle. Soon after, John was able to enter a temporary shelter and is now waiting for his refugee application to be processed.

During the average of three years before refugees get a response about their application, there are insufficient safety nets for them in Japan. JAR provides support such as counseling and donations of daily necessities to help refugees accept reality and gain the skills to pave their own paths in this country.

Thanks to our 507 special supporters, JAR provides services that meet the unique needs of each refugee. But there is always more we need to do. Support from more people will help refugees gain the skills and inspiration to carve out new lives in Japan.