トップページ > 難民支援協会の活動 > 活動レポート > > From Ethiopia to Japan: A Journey to Freedom

From Ethiopia to Japan: A Journey to Freedom 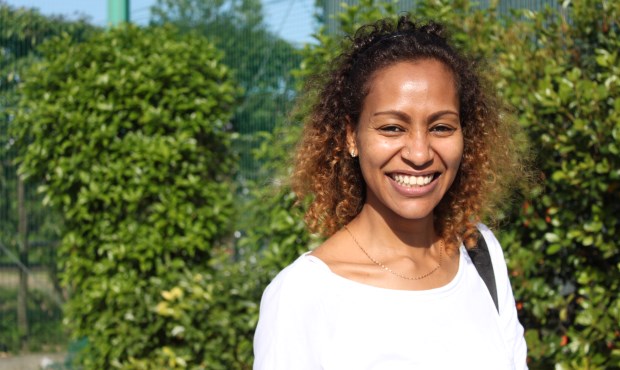 Many migrants and refugees don't survive the hazardous journey between Africa and Europe. In 2015 alone, almost 1,800 people are believed to have lost their lives at sea. And the sea journey isn't the only danger refugees face. No matter which path they choose - land, air, or sea - only a handful of refugees manage to leave their countries and reach safety. One woman in Japan is deeply concerned with the plight of refugees because she made that journey herself. Ms. Bruktawit fled her home country of Ethiopia by plane eight years ago, risking her life. She has settled in Japan, but her journey was long and painful.

The Journey to Japan

Ethiopia had enjoyed the strongest economic growth among African nations in 2014. But behind the scenes, the government was cracking down on freedom of speech. Journalists, editors, bloggers and others who wrote anti-government articles were regularly indicted. Opposition party officials had long been thrown in jail and tortured. Ms. Bruktawit was one of the brave people who raised her voice in hopes of changing her home country. The printing company she worked for secretly printed anti-government flyers and publications that were being censored. She also took part in demonstrations and recruitment activities as a member of an opposition party. She worked hard to change her country, but says her family was always against her taking part in anti-government activities, which were considered very dangerous in Ethiopia. But she believed that nothing would improve if everyone was afraid to take action, so she continued to risk her life by seeking freedom for her country.

Eventually, she became the target of the authorities, who later arrested her twice. Conditions in jail were horrendous--solitary confinement in a dark, cold room, being fed just one piece of bread a day, and having no shower for the entire two months she was in detention. She was finally released after posting a massive amount of bail, but her family received death threats. And she was afraid she could be arrested again at any time.

Her peers who were suffering under similar threats began fleeing to the U.S. and Canada. Following in their footsteps, she began quickly preparing to flee Ethiopia. Japan was the first embassy to grant her a tourist visa. Though she knew nothing about Japan other than samurai, which she had seen on TV, she was desperate to leave Ethiopia as soon as possible. Her peers told her that if she had proof that she was a refugee, it wouldn't be difficult to be granted refugee status. So she immediately packed away documents that would serve as evidence, such as arrest warrants and her opposition party member card. But such evidence could make it even more dangerous to flee Ethiopia. If those documents were found during security screenings, she would be thrown in jail immediately. So she ripped the inner fabric of her shoulder bag, hid her documents inside, and sewed it up. Heart pounding, she went through airport security and fled her country. 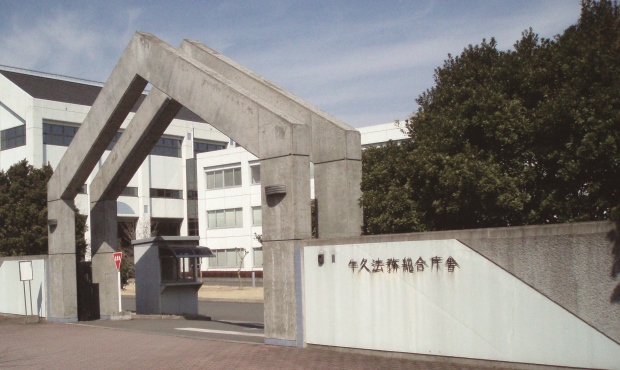 In the summer of 2007, Ms. Bruktawit landed at Narita Airport. She had a short-term visa, but very little money. In addition, she spoke only Ethiopia's official language of Amharic. She was refused entry and detained on the spot. Two days later, she was taken to the airport again. When she realized she was about to be deported to Ethiopia, she says she screamed, "I'm a refugee!" at the airport counter and physically refused to be put on a plane. Because of this she was not deported and was instead returned to the detention center with a refugee application form. She couldn't understand why she was being sent to a detention center after risking her life to reach a safe country. Amidst this confusion, she says she cried every day, unable to fall asleep for fear of being sent back to the airport again. She asked her elder brother back in Ethiopia to find a fellow Ethiopian living in Japan. Her brother found someone who was not a refugee but understood and supported her, and who gave her the phone number for the Japan Association for Refugees (JAR).

A JAR staff member went to the airport to meet with her and determined that her situation was serious. Immediately, the staff sought assistance from a reliable lawyer. That's how her application for refugee status began. She remained at the detention facility at Narita Airport for six weeks and was then moved to the East Japan Immigration Center in Ushiku, Ibaraki Prefecture. This facility, located in a remote area of Ibaraki, is used to detain foreign nationals who have no legal visa and are awaiting deportation. According to the Refugee Convention, refugees who might be persecuted in their home countries cannot be deported until their application for refugee status is processed and an answer is given by the host government. But in Ushiku, many people are detained for more than a year because detainees often do not have the guarantor or bond necessary to be released. She could not get a guarantor or bond because, having never been anywhere in Japan other than the airport or the detention center, she had no support network within Japan. She endured detention by befriending other detained refugees from Myanmar and Sri Lanka. She also continued to seek support from outside the center.

A year later, she was freed from the detention center and given provisional release, a temporary status that would allow her to stay in Japan. She had risked her life to leave her home country, but it had taken her a year to leave the detention center. JAR contacted her frequently to ensure that she could adapt to her new life in Japan as smoothly as possible. "The Immigration Bureau officials were scary. I couldn't talk to them as equals. But the JAR staff members were always with me when I needed them. I could talk to them about anything," she says. Although she knows that non-government organizations are eager to help, she has also experienced firsthand the coldness of the Japanese system that prevented non-government organizations from getting her the help she needed right away. Six months later, when the result of her refugee application was about to be released, she began fearing rejection, which would mean being sent back to the detention center and maybe even deportation. She developed stress-related symptoms, so JAR officials worked hard to prevent her from being sent back to detention. But when she returned to the Immigration Bureau to renew her status of provisional release, she was told on the spot that her refugee application had been turned down and was detained again. Thinking back to her second time in detention, she says, "I was able to make friends and supporters during my first six months (outside of the detention center). Unlike the first time when I was completely alone, I had people who were working hard to help me and telling me that I'd get out soon. I couldn't go back to Ethiopia, so I decided to do my best here in Japan. That's how I felt."

But the fear of being deported at any time caused such excessive stress that she temporarily lost her hearing and memory. One time she was told to pack up and get ready for deportation, but she and her supporters managed to halt that order by immediately applying for refugee status again. Her first appeal was also denied. Finally she filed a lawsuit with the help of a lawyer and was granted refugee status in October 2010. This was three years after she first landed in Japan. 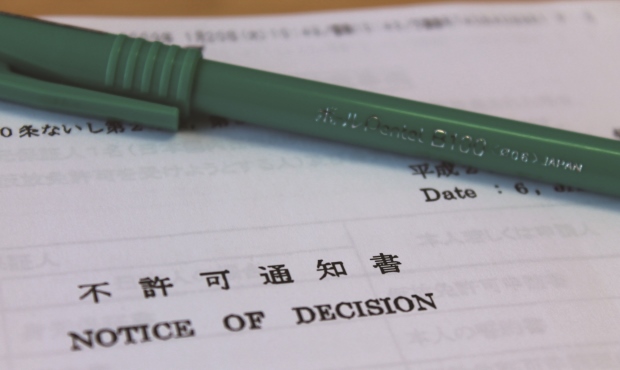 "I want to help Ethiopia from Japan" 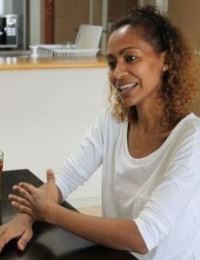 "The biggest differences after being granted refugee status are that I can live here without fear of deportation and I can work," says Ms. Bruktawit. But this didn't happen right away. Due to the trauma she experienced while waiting to find out about her refugee status, she needed almost two years of psychotherapy. And to get work, she needed to learn Japanese. So she participated in Japanese language programs and work-preparation programs organized by JAR, learning as much as she could to prepare herself. It's been five years since she was granted refugee status, and it's only recently that she has been able to live happily with her husband and their four-year-old daughter. She now juggles child-rearing with a job at a boxed lunch factory. "Now I am not afraid of anything. Every day is fun, and I can finally look forward to my future. I am truly happy," she says, eyes glowing. Recently, she applied for Japanese citizenship. She hopes to gain a more stable status in Japan and work to bring peace to Ethiopia.

In Japan, freedom and peace are taken for granted. She suffered physically and emotionally in her fight for these basic rights. Now that she is finally living in a world of freedom and peace, she is determined to use her experiences to contribute to society. Her experiences and hardships have strengthened her and given her the ability to truly help those undergoing similar struggles.