This winter, many refugees have visited the Yotsuya office of the Japan Association for Refugees (JAR). Some 168 people came in for consultations between December 1, 2015, and January 20, 2016. Every day, we have seen people who have just landed in Japan and after somehow obtaining information on JAR have made their way to us. More than half of these people have come from the African continent. 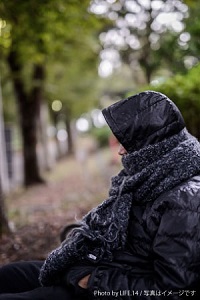 In mid-December, four refugees from a particular African nation arrived in Japan simultaneously. They say they didn't know each other prior to coming here, but they had been together since meeting at Narita Airport. They chose to come to Japan for various reasons: because the Japanese Embassy was the first to give them a visa or because Japan is far away enough from their homeland that they felt safe. But none of them had any acquaintances in Japan. The four refugees had survived for about a month on the money they brought with them, but by the time they came to JAR, they had less than 100 yen and had not eaten in days. At the time of their visit JAR had secured 19 rooms of temporary shelter - more than the usual number - for refugees in need, but the rooms were fully occupied. So for three weeks, the four refugees had to pass the night at churches in Tokyo, then come back to the JAR office in the morning to eat and take a nap. In the third week of January, they were finally able to obtain a place in a shelter where vacancies had opened up. The four have applied for financial assistance from the Ministry of Foreign Affairs, which is provided to people who are in the process of applying for refugee status. But (at the time of writing) they have yet to be interviewed for this, and it may take some time for them to receive any financial aid from the Japanese government.

*Thanks to everyone's support, we have been able to provide additional assistance to refugees during the year-end and New Year season. We were able to provide warm places for a week for these four and other refugees who had been homeless until then.

Some Have Fled Torture as Well as Persecution

This year, we have seen an increase in people fleeing from the Democratic Republic of the Congo (DRC) (*2). This winter alone (as of Jan. 21, 2016), more than 10 people from the DRC have visited our office. Roughly 500,000 refugees have fled the DRC so far (*3). That makes the DRC the fifth largest source nation of refugees. On paper, the internal conflict in the DRC ended in 2003 with a peace treaty. But fighting continues in eastern DRC, making the situation unstable. Political tensions remain high due to presidential elections to be held this year. 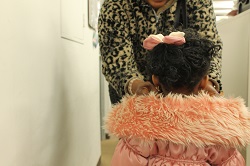 Recent visitors to JAR include those who are from eastern DRC and were detained and tortured for refusing to join rebel groups. They escaped their country with just the clothes on their backs. Some were targets of assignation attempts due to political activities and arrived in Japan with their small children. Whatever their circumstances, all of these refugees fled serious situations. Upon arriving in Japan, they faced language barriers as they typically speak French - one of the official languages of the DRC - and no English at all. JAR assists these refugees with the help of French-speaking interns and volunteers. 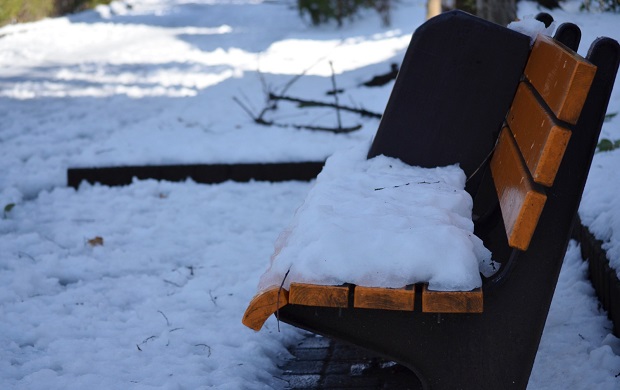 Many refugees from the DRC fall ill when they come to Japan because they are not used to the cold weather. This winter alone, we have had to call an ambulance twice. In addition, we have called hospitals almost every day to get medical attention for refugees. Tokyo has seen temperatures drop since the New Year, and it even snowed in the third week of January. With temperatures remaining very low, surviving the winter is becoming more of a challenge. Assistance during this time is crucial. We appreciate your continued support.

*2 The Democratic Republic of the Congo declared independence from Belgium in 1960. It is different from the neighboring country of the Republic of Congo, a French colony. Between 1998 and 2003, the DRC endured what is called the Second Congo War, known as the worst war in modern African history. This conflict resulted in the displacement and death of thousands of people. Its aftermath continues to this day.

*3 According to UNHCR Global Trends 2014