During the year-end to New Year holiday season, the staff at JAR held on tight to their cell phones in case of emergencies. Fortunately, nothing major happened and we were able to welcome the new year with a sigh of relief. But the JAR office is continuing our winter emergency support after returning to business after the holiday season. In the second week of January alone, multiple refugees have visited our office saying that they have no money or a place to stay.

In response to our request for further assistance, we have received a lot of donations at the end of 2015. We would like to thank those supporters from the bottom of our hearts. But in order to help countless other refugees survive the harsh winter, we need further assistance. We would appreciate any donation you can make.

In this article, let us introduce you to Ali (not his real name).
*** 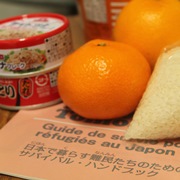 Ali came to Japan this winter and visited JAR for the first time in mid-November. He had already spent all the money he had brought with him, and had nowhere to go or rest. Unfortunately, our temporary shelters were fully occupied at the time, and there was no sign of vacancies anytime soon. With regret, we had to tell him that we couldn't find him shelter immediately and that he'd have to survive on the streets for a while.

Every morning when the staff arrived at the office, Ali would be sleeping by the entrance. He apparently walked all night to keep his body warm, and had been waiting by the office entrance since around 5 a.m. Ali was usually very quiet, but after a week, he asked us with a serious look on his face,

I cannot forget the disappointment on his face when we told him the office had no showers.

For the next three weeks or so, Ali was able to eat at the JAR office, but had no home or a shower to use. He was in such a difficult position that we wouldn't have blamed him if he took out his anger on the staff. But he patiently endured his harsh life on the streets.

When we were finally able to get him into a temporary shelter, tears began streaming down his face. "I can take a shower today and sleep on a bed," he said quietly. After settling down in the shelter, he smiled shyly and said, "You'll miss seeing me every day at the office, won't you?" This left a strong impression on me because until that moment, we had never seen him smile. We believe this shows how difficult it was for him to live on the streets with uncertainty amidst cold temperatures. 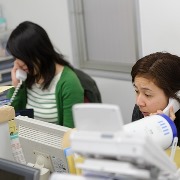 Different refugees end up in Japan for different reasons. Some have heard that Japan protects human rights, while others landed here following a series of coincidences. Whatever their reasons, they all suffer unimaginably in a nation where they know no one, do not understand the language or system, and have no place to eat or sleep.

Refugees come to us as a last resort. And though it pains us to tell them that we have no vacancies at our shelters, we at JAR are trying our best to help refugees be warm and safe during this harsh winter.